Now that round one has come and gone, I think it’s a good time to give a roundup of the finalised liveries on the grid this season and perhaps a little rating for each. Nothing in too much detail as I’ve given most a full review, but a little something nonetheless. 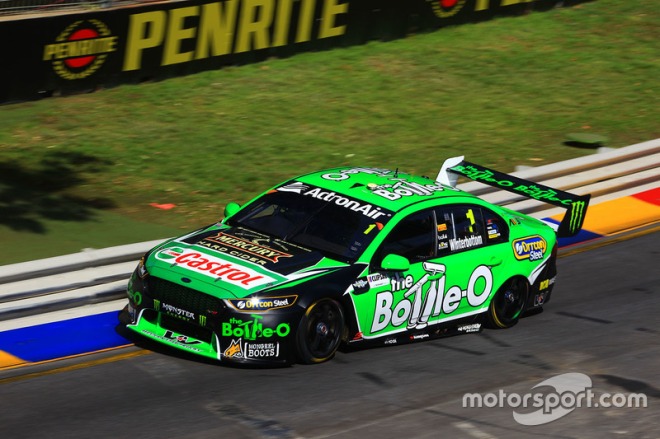 Lovely vibrant green, even brighter than last year, which is unfortunately brought down by the clashing Castrol green. Bonnet is too crowded in general. Design is edgy in some places and curvy in others and while both look good individually, but I’d rather a single design style. Orrcon sticks out but can’t really help that. Monster too seems to have a different shade of green bringing the total up to three. However, main sections look great, as does the inside of the rear wing being white.

Sleek with black as the main colour. Green highlights all match the Castrol green, but this time clash with the Monster green. Very simple green bits with a complex grey area which doesn’t seem to add much. Still a good looking livery but the mismatching greens drive me nuts.

Bright colours! Nice colour scheme with yellow as the main, and black and red supporting. A complex design that is quite suited to a V8 Supercar and thankfully no big Castrol logo on the bonnet. Again nice inverted colours on the endplates and (almost) everything matches the colour scheme. 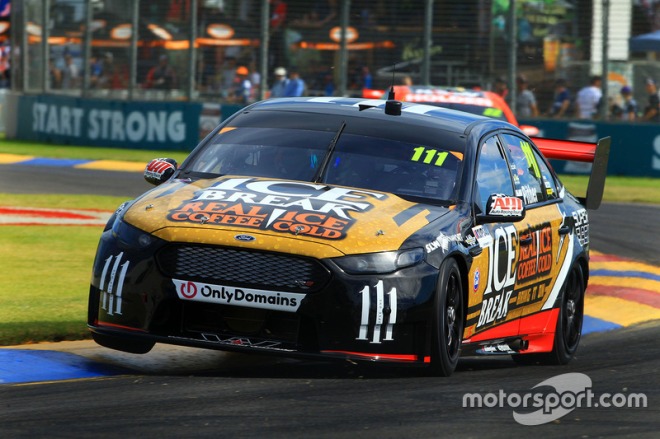 Not quite all black this year, with Ice Break as the main sponsor. The brown with the water droplets is an interesting novelty, but it doesn’t quite work. These sections also haven’t been integrated very well and therefore stick out in a negative way. The rest of the design is minimal but the overall design is a little incoherent. Tough to make that brown colour work.

Great main colour this year, bright red, almost orange. The lion design is one of the best they’ve had and it entirely matches the rest of the design. Bonnet looks great and Mobil doesn’t look bad at all considering the colour clash. The green numbers, possibly for Monster, are OK, but I’m not convinced they totally match the car. Not a big fan of the Shark Bite logo.

Lovely shade of orange and overall, is quite similar to the HRT livery. The design is coherent and consistent and the colours match well, although I wouldn’t have minded if the silver was left out. A pleasing effort. 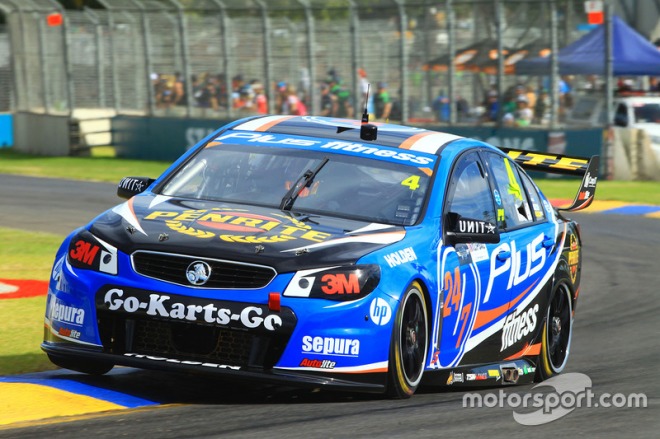 A little different to the launch design and I can only see improvements. Great colour scheme with an awesome shade of blue. The Plus Fitness logo works very well on the side, the orange and white bits complement the design well and the other black bits, especially the hood, are excellent. The Penrite logo on the rear quarter panel looks a little strange but overall, a great effort.

Again, different to the launch livery, but vastly improved. The colour scheme is perfect, with the lovely deep yellow, small flashes of red and the matte-ish black. The design is great, with almost uniform straight lines creating a great, consistent livery. The Penrite logo on the hood looks absolutely regal. Even the Hungry Jack’s logo looks nice on this! 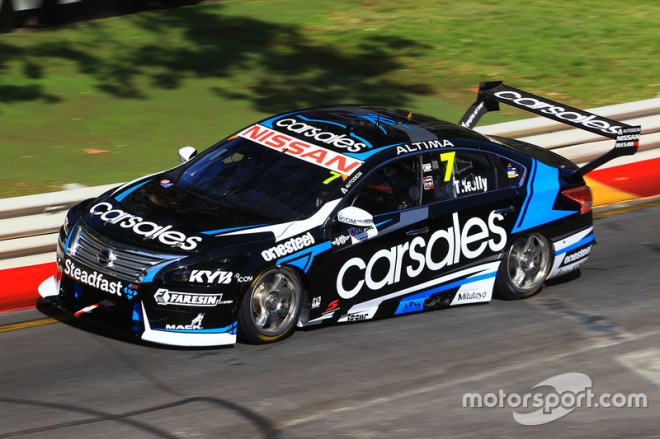 Another great, uniform design. Lovely colour scheme and while the design is complex, it does work nicely. Everything works well car with the Nissan chassis, using the curves nicely, although perhaps there’s a tiny bit too much going on. 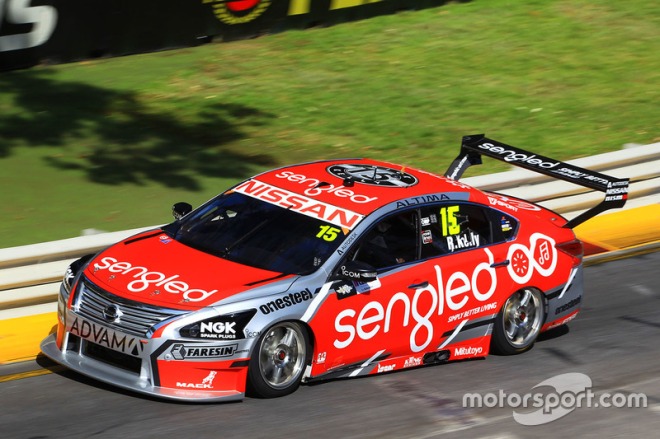 Quite a basic livery for Rick Kelly. Mainly red, with silver as the main supporting colour and some black lines in there too. It has an inverted feel, as if silver should be the main colour and the white/black lines crossing over each other are a little strange. Not bad, but definitely a middle of the road design. 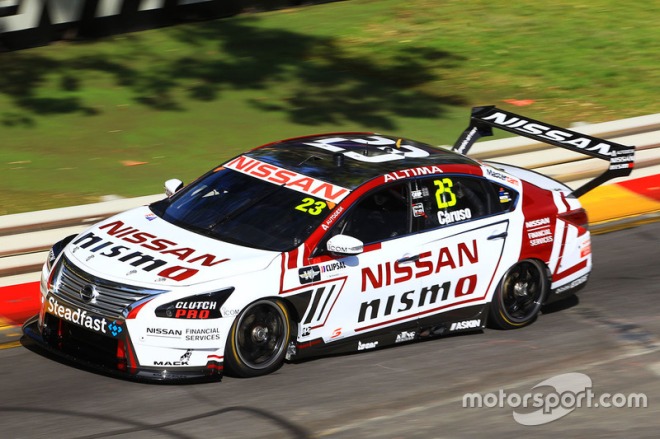 Similar yet different to the Carsales livery. Same sort of feeling toward it; complex, yet pleasant. Love the chrome red used, which reminds me of the awesome GRM livery from a few years back. Really nice overall. 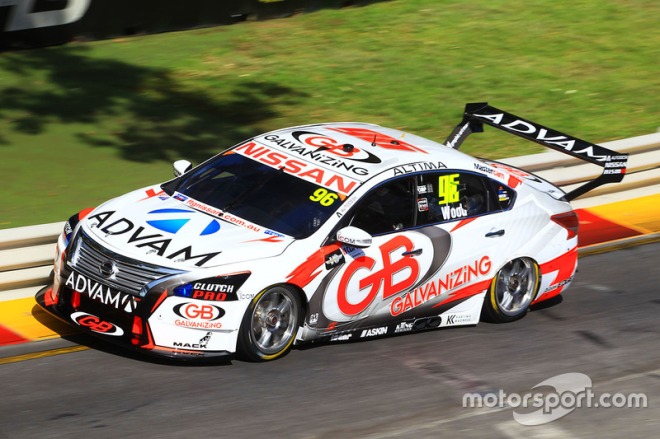 Easily the least impressive of the Nissan liveries. Being mostly white, it looks plain, and the grey and red design on the sides aren’t very inspired. The front section is the best part of the livery in my opinion. If only the rest of the car was designed to match that section. 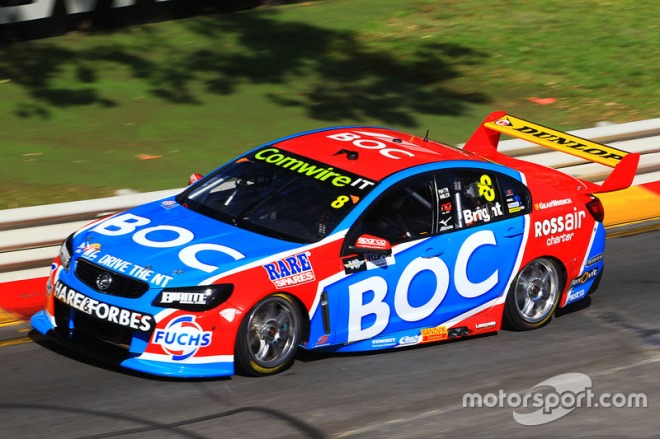 I don’t prefer this to the previous liveries, but it’s still a nice effort. It’s quite basic, but the colour scheme is nice and the design works nicely. The shadows next to the white lines annoy me, much like the McLaren shadow borders on their red bits, but that’s just nitpicking. Solid, but not ground breaking.

Also not quite as good as previous efforts. The Freightliner logo looks strange on depending on the angle, due to its oval shape and the silver and black flame-ish looking part leaves the rear looking a little empty. Undoubtedly Freightliner, but hasn’t really hit the mark for me.

Great little livery this one. The Cooldrive logo is incorporated into the livery well and really becomes the main part of the design. The colours are great and the two shades of blue work well together with the white. No real complaints with this! 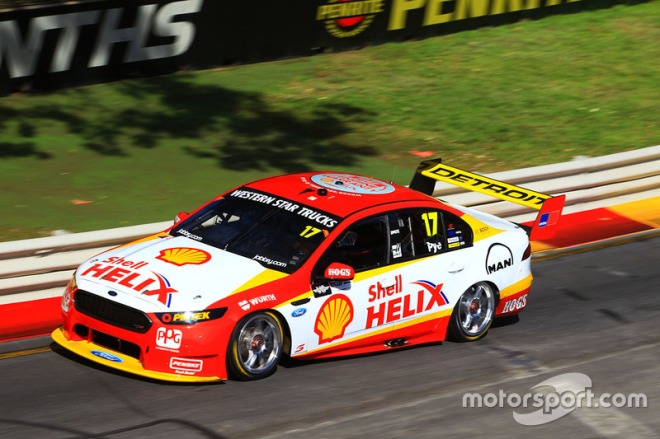 A great design here. The Shell colours look great on the car and the design is pleasant, albeit a little more basic than the previous year. It’s just a very nice design overall, but perhaps needed something else to make it perfect. Either way, don’t see it lasting longer than a few rounds considering they multitude of sponsorships last season. 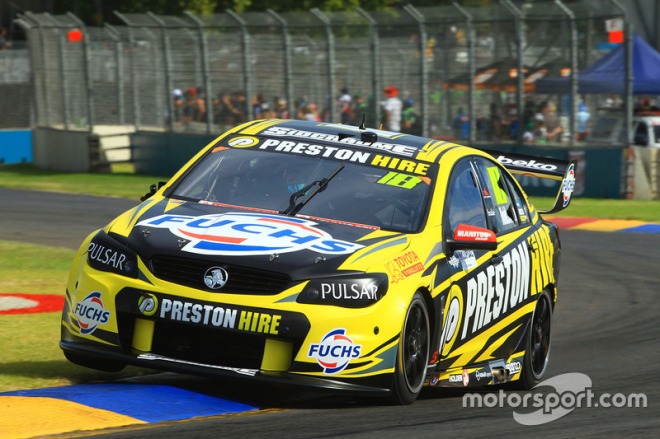 Another yellow car, but a much lighter, almost lightning yellow, to match the design. Very jagged edges here, with black and silver bits looking a bit like lightning as mentioned above, or perhaps shattered glass. A nice livery, slightly brought down by the Fuchs logos, but still great to look at.

Same livery as last year for Tekno and I can’t really complain. The Stix logo is weird but I guess we are all used to it by now. The multi-coloured off centre stripe is kind of cool, despite clashing with the orange, but I wish it was used on more of the car, like the Martini stripes on the Williams F1 livery. Above average. 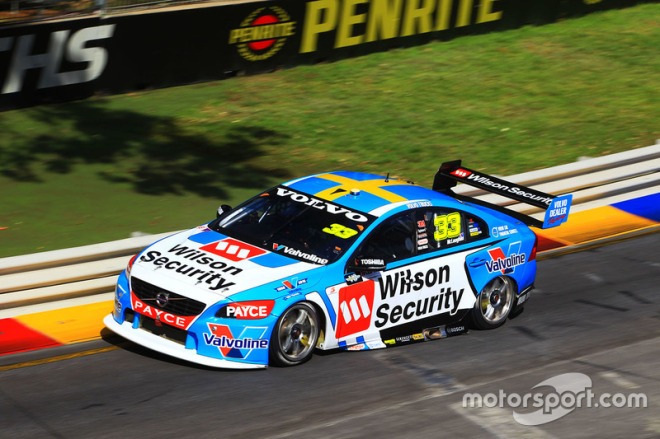 Big changes on this year’s car and I am very thankful for that. It’s a superb livery, with the added white adding some much needed variety to the car. The Swedish flag on the roof is still cool, albeit clashing a bit now. I wish that the black outline on the white was uniform around the entire car, rather than thickening toward the rear. Apart from that, it looks awesome. I feel guilty giving it this score knowing that improvements can be made, but it just looks so nice. 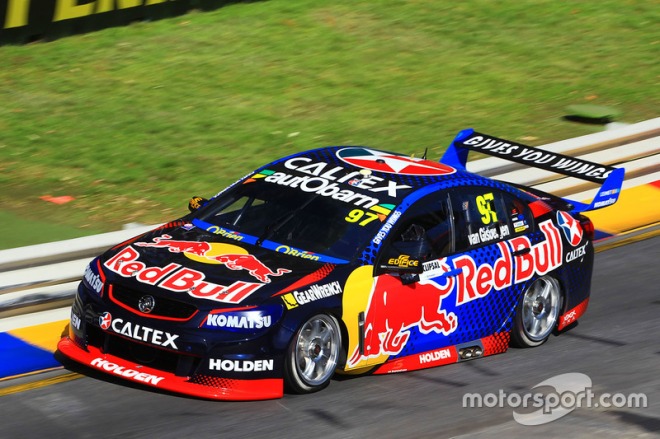 Great to see a significant change here. The spotty gradient is actually quite cool and it’s nice to see it uniformly placed on the blue and red bits around the car. The red trimming on the front looks menacing. Quite unconventional, but I like it.

Nice to see this colour back on the grid. A solid design envoking a bit of nostalgia in V8 fans. Don’t love the way the white lines are positioned along the side, but it isn’t bad at all. The MTAA Super logo on the roof is huge, but manages to fit in. The lights should definitely be the same colour as the rest of the car, or red or clear. Does feel like it should be on an old Ford!

Best looker award – Erebus Penrite
The colours and design are a match made in heaven.

Biggest nagger award – The Bottle-O Racing
Three shades of green…I understand sponsorship obligations, but there’s got to be a compromise that works better than that.

Potential F1 livery award – Sengled Nissan
By virtue of having the most silver.

Overall, delighted to see such an array of vibrant colours, after what was another series of disappointing F1 launches. Thanks to motorsport.com for the images, since V8 Supercars don’t have a page for photos anymore!